What’s in a name?

I’ve never really had an issue naming things. I had my children’s names all ready for when they were born. Jotted down at the back of my diary just in case I forgot?! The cats, the dog. They were all named within minutes.

But naming my business? Well, that’s a whole different story. Just ask my husband, children, sister and graphic designer. They all became implicated in what became a relatively painful process! The trouble was, because it didn’t come instinctively, the more I thought about it and the harder it became. I’d wake up in the middle of the night with a brilliant idea, only to google it and find out someone else had got there before me.

When I first set out on my own I used my own name. Well, my first and middle name. My surname was just too long and awkward to do anything with. It kept it personal and, ultimately my business is me, so it made sense for it to take my name.

Over the years, my business has grown, I’m growing a small and informal team around me and it feels time to up my game. I wanted to create space for development. And although I don’t hold anything against my parents, I just don’t really like my name. Or rather, I don’t like being called Caroline Ann which is what started to happen. Caroline I’m fine with, but not my middle name too.

So I decided to find a new business name. How difficult can that be?!

I wanted a studio name which was modern, authentic and expressed what I do. Ultimately (hopefully without sounding too pretentious) as an Interior Designer I create homes and spaces which tell the client’s story. Through my blog I tell people’s stories; whether that’s the story of design, the story of brands or small businesses or my story. The concept of storytelling seemed fitting.

So I had the concept. But the exact name was a little trickier to pin down. Eventually, with a little help from my graphic designer (@lauracrompton) Storylines was born. In Laura’s beautifully succinct way, she described the heart of a story as the storyline, the narrative, and that is exactly what I replicate in designing the interior. I also like the architectural reference to lines.

Although the studio no longer carries my name, I’m still there, behind the brand, articulating the stories. Storylines is just the next chapter, I do hope you’ll keep reading… 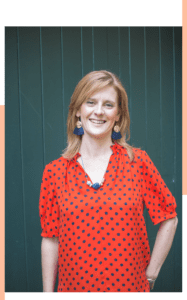 Sign up to receive new blog posts direct to your inbox

Thank you for subscribing. Check your inbox for a verification email.